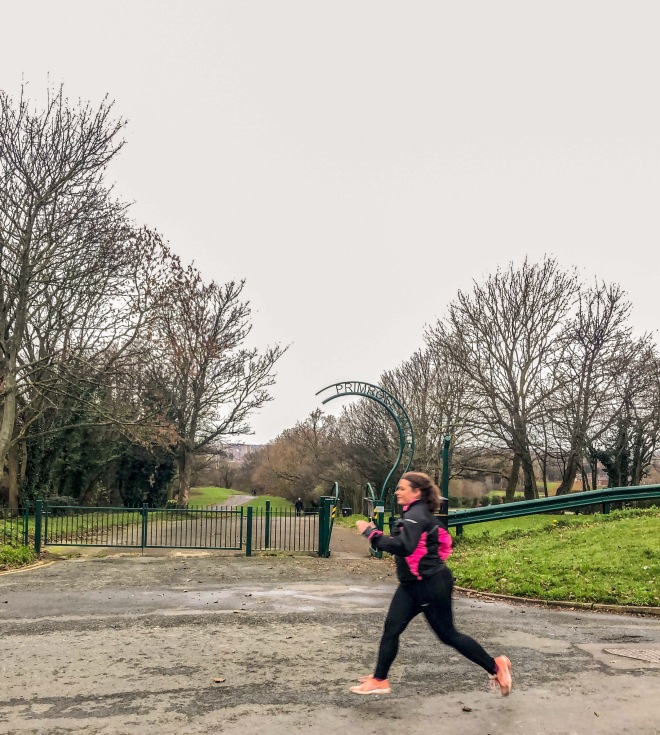 What is the hell is a slow runner?

The question I’ve been asked many times since publishing ‘Slow runners deserve some damn respect‘ is;

“What is a slow runner?’

‘How do you define a slow runner?’

“Who are you calling a slow runner?”

Which I suppose is a valid question to ask given I was asking for respect for myself and others who identify as slow runners.

If speed is all relative then is anyone truly a slow runner?

Personally, I’ve always identified myself as a slow runner and I don’t see it as a bad thing. I’ve had many people show pity and offer support, to not worry about it and to just keep running. And I’ve said, I don’t worry about it. And I don’t care.

A feeling of turning up to Parkrun and seeing everyone sprint off at the start line knowing I won’t see 75% of them until they lap me.

A feeling of not worrying about not seeing them again and sharing a knowing smile with the other slow runners beside me.

A feeling of entering races and instinctively scrolling to the bottom of the ‘estimated finish time’ box, which usually is in a ‘time+’ format, as if any time after that doesn’t really matter.

A feeling of researching every race to see how big the field is, as if it’s too small I won’t enter out of fear of being dead last.

A feeling of knowing that someone has to come last but I still don’t want it to be me.

A feeling or not being able to enter some races because I know I’d come in after the cut off time.

A feeling of having to justify my 5K/10k/half marathon/marathon times to people who have laughed in my face and said “must of been a bad day” when in fact I’d run my heart out.

A feeling of being judged because of your body. Of people looking you up and down and saying “I don’t think you’ll make it” when you explain you’re training for a marathon.

A feeling of being in the amazing back-of-the-pack group at races. Seeing some familiar faces from other race and knowing you’re all working hard to finish at the best time we’re capable of.

A feeling of learning your fellow slow runner life stories during races. Sharing your tales and secrets with runners to keep your mind off the pace/heat/pain or next hill.

A feeling of constantly alternating between pride and embarrassment of your running pace and race times.

A feeling of questioning yourself on the bad days, the days when it hurts and your legs won’t move and your heart isn’t in it, ‘Am I really a runner?’

A feeling of waking up the next morning and putting on your trainers and putting in the miles despite the self doubt as you are a runner and you will prove that to yourself and no one else.

A feeling of celebrating every PB you achieve like you’ve won the gold medal in the Olympics. That 12 minute mile was your Everest and you did it through sheer grit and determination.

A feeling of spotting someone on Twitter/ Instagram/ Strava who runs at a similar pace and having to follow them as you identify with them immediately.

A feeling of rolling your eyes when someone questions your self-bestowed title of slow runner when they run at a pace that you can’t even believe.

A feeling of finishing races not to an amass of hundreds of people cheering but to just your friends and family and a handful of others as everyone else finished hours ago and has gone home.

A feeling of getting to aid stations on races to find no water left. Learning from this and always taking water with you for future races.

A feeling of not always believing in yourself and feeling inferior to other runners.

A feeling of crying at most (every) finish lines because you did it. You weren’t the winner, you weren’t middle ground, in fact you spent a lot of the race alone but you stuck it out and finished.

I’m part of an unknown club, unless you’re in it. And it’s probably the most welcoming and supportive club you’d ever be privileged to experience.

So for all the feelings above; some my own, some which have been shared with me by other slow runners, is why I identify as a slow runner. It’s a title I’m proud of for all the reasons in this blog post. I’m not putting myself down by calling myself a slow runner. I don’t see it as a negative. It’s a reality and it’s my reality. It’s the reality I experience with many others. I’m part of an unknown club, unless you’re in it. And it’s probably the most welcoming and supportive club you’d ever be privileged to experience.

So let me know – Do you identify as a slow runner? Have you experienced any of the above? Do you have any other feelings to add to the list?