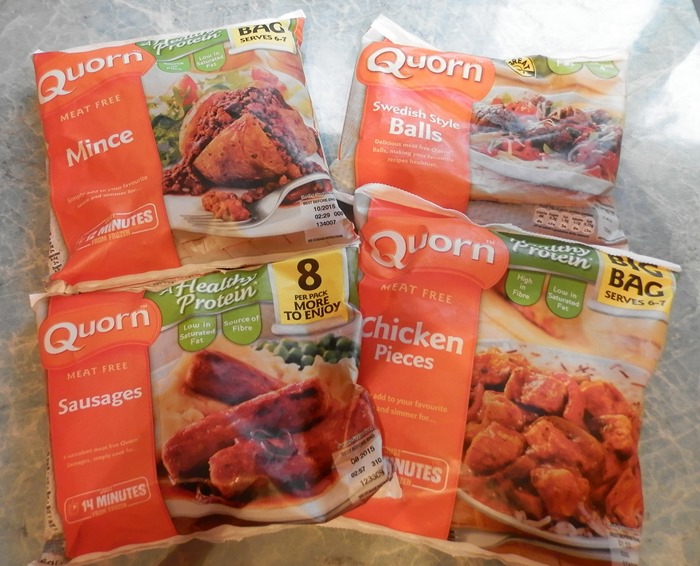 In fact I used to heavily rely upon Quorn products for 6 years of my life when I was vegetarian. When I was young, during my vegetarian phase my mum used to buy me Quorn product to ensure I was still getting all the protein and nutrients needed when growing. Quorn was also a huge lifesaver for her as it meant she could prepare any meal for the family but simply replace the meat with Quorn.

Now that was about 10 years ago and Quorn has come along way since then!

The range of Quorn products* is very impressive and obviously they were originally created to satisfy vegetarians who missed their burgers, chicken nuggets or sausages…. just because they’re vegetarian doesn’t mean they don’t enjoy these foods. However did you know that Quorn is also a great substitute if you are concerned abut the amount of saturated fat you’re consuming? Quorn is a low fat high protein food that helps keep you fuller for longer. Did you know that if you simply increase your protein intake by 30 per cent then you can consume nearly 450 fewer calories a day.

For the past few weeks Matt and I have been experimenting with Quorn products and seeing how well they fit into our day to day diet. First up we used the Quorn mince*, which is incredibly simply to use – simply add the frozen Quorn mince to your sauce and heat it up. In no time Matt had whipped up a delicious Bolognaise which we partnered with Dr Zaks Protein Pasta. I have never turned my nose up at Quorn so the real test was whether Matt enjoyed it. His exact words were “ You can’t really tell that it’s Quorn.” I’m sure if I had made the dish myself Matt wouldn’t of had a clue. 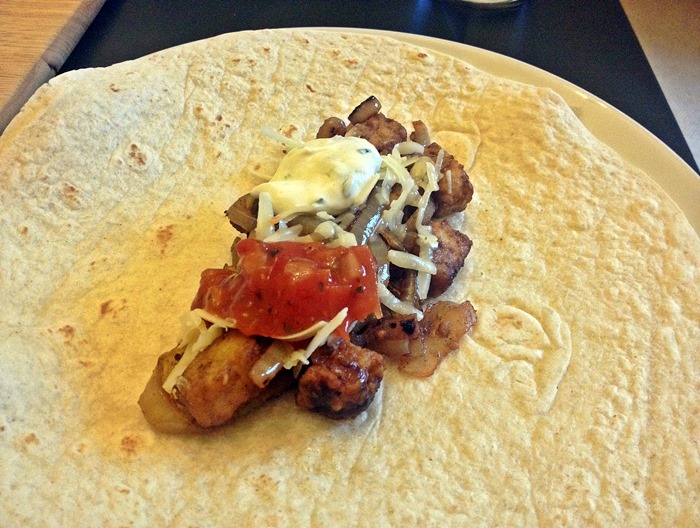 Next up we used the Quorn Chicken* for Fajitas wraps. Now the Quorn Chicken is probably designed as a substitute for the real thing, as there isn’t really downsides to real chicken. We were the most dubious about the chicken however once we had marinated it in spices and fried it with onions and peppers we had a very quick and tasty dinner. Matt was a little unsure on the texture of the Quorn Chicken as it doesn’t have the exact same consistency as real chicken.

The sausages we used for brunch last Saturday. After a long run in the morning I was starved by the time I got home. Thankfully Matt had been creative in the kitchen and created the below, Quorn sausage, tomato and egg parcels. He simply grabbed a tortilla and curved that around the muffin tin, then filled the middle of the parcel with precooked Quorn sausages*, egg and tomato. Cooked in the oven for 10 minutes and paired with beans it’s a healthy and hearty start to your day. Plus the Quorn sausages are lower in fat than traditional sausages… so extra healthy!

We’re yet to try the Quorn Swedish Meatballs*, but I have a spicy tomato sauce and spaghetti planned for this next week.

Matt and I enjoyed our meat-free (ish) week. The big benefits for us about Quorn is that all the Quorn products are incredibly easy to cook with; the mince can be cooked from frozen and is simply stirred into sauces… no more worrying about de-frosting your meat before cooking. The other huge benefit is just how low in saturated fat Quorn is. We were able to enjoy dishes such as sausage and bolognaise without increasing our fat consumption. Sausages are usually a treat for us because of their high fat count, however using Quorn sausages makes these dishes a lot less guilt-ridden!

Do you ever indulge in meat-free meals? Have you ever tried Quorn products, and what did you think?