This month I’ve been…

… putting my running shoes back on. I finally bought new trainers at the beginning of this month so I have been able to get out there and pound the pavement again. It’s been a shock to my system after not running for about a month, but there is nothing better for the mind than a run outside. Just me, the road and my music… no worries and no stress.

…..Drinking up my nutrients. With so many flues and bugs going around I’ve been upping my fruit and vegetable intake in a battle to keep my immune system high.

… Investing in a proper skin care routine. For years I have “cleaned” my face with facewipes… I know you’re all tutting at me. So as I am nearing the wrong side of 25 I decided to actually be a grown up and look after my skin. So far the Simple products have massively reduced my blemishes and blackheads, improved my skin tone and helped reduce my acne scars. I will be doing a full review very soon.

…Celebrating Valentine’s Day with not only my boyfriend but also my work colleagues. It turns out that each year they have a “Love-In” which involves everyone bringing in their favourite foods to share with everyone. So we had a very fat day which involved lots of cake, chocolate, crisps and bagels. I attempted to bake heart shaped cookies… you can see my rather feeble attempt below.

… signing up for torture. So at a moment of weakness I decided to join my mum and her friends in their Total Warrior team. Total Warrior is described as one of the toughest 10ks ever thanks to the many obstacles, which include electrocution, fire and freezing cold rivers. I thought the challenge would be the ideal opportunity to focus my training and motive me at 6am in the morning when i don’t want to go for a run.

… embracing my inner geek. Since I’ve been driving I’ve noticed that my eyes are getting drier and more uncomfortable as I have to concentrate on the road… which I’ve never had to do before. So I bit the bullet and ordered some new glasses. I spent my whole childhood waiting until I was 16 so I could get contact lenses and I never looked back, so its an odd feeling to be wearing them again. I’m still not brave enough to wear them out of the house but at least when I get home I can rest my eyes some. 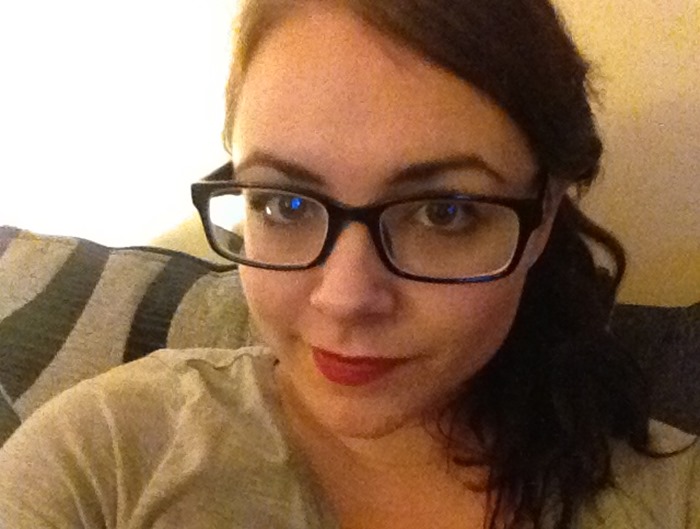 … catching up with my gorgeous best friend. My best friend and I’s boyfriends are brothers so very often when we see each other the boyfriends are in tow. So every now and again it’s good to go out without the boys and have a girly night. We planned on going for a civilised meal and a bottle of wine in Leeds…. however that soon turned out to be a bottle and half of wine, vodka, jager, sambucca and tequila. It’s safe to say I didn’t manage a run in the morning and she definitely didn’t;t make her two gym classes.

… trying to buy a house. So you may have read my previous blog post which explained that this year my boyfriend and I are going to buy a house. We’ve had a few disagreements, I’ve realised I have incredibly high standards, and we’ve both learnt that we’re going to have to compromise. We’re looking at buying a new build as our starter home and are just trying to figure out which are we want to live in. So every Sunday is now a house buying day where we scope out new area and new developments to go and look at.

… enjoying my guilty please at the Manchester Phone’s 4 U arena. Last Saturday Matt and I headed to Manchester to see Michael Buble on the opening night of the UK leg of his World Tour. It turns out that this show is exactly the same as the show he held at the O2 arena last Summer…. so I had already seen it. However as he is a true showman I enjoyed it just as much if not more than last time…. I can’t say the same for Matt…. he’s not so much of a fan.